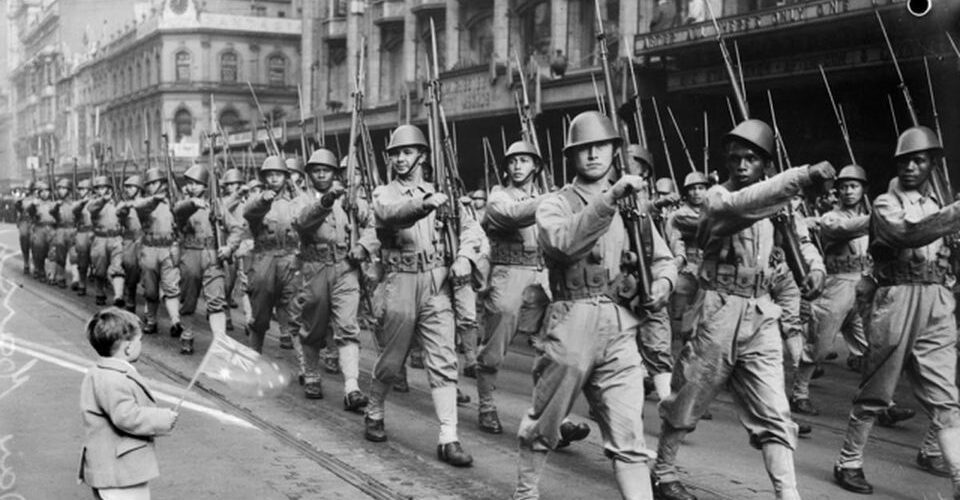 This project was initiated by Leo Bloemhard and Gerard van Haren, both of whom are sons of soldiers who served in the former Royal Netherlands Indies Army (Dutch: Koninklijk Nederlandsch-Indisch Leger, abbr.: KNIL). Their fathers both fought on the island of Timor during 1942, and the aim of this project is to raise awareness of the tenacious guerrilla struggle of both Dutch and Australian soldiers on Timor against the Japanese occupiers. This story is quite well known in Australia, but relatively unknown in the Netherlands.

After the Japanese invasion of the Netherlands East Indies (modern-day Indonesia) from January-March 1942, and the subsequent dramatic allied surrender at ‘Kalidjati’ on Java, a small part of the KNIL bravely carried the fight on Timor, situated just to the north of Australia. Here they managed to continue their resistance for about ten months, after which the decision to evacuate was made.

On both the Netherlands and Portuguese sides of the island, around 250 men of the KNIL, and around 500 Australian commandos waged a fierce guerrilla war against the Japanese. Their resistance through the application of guerrilla warfare inflicted significant losses on the Japanese army, and potentially prevented a hypothetical Japanese advance into Australia. The ‘Timor Guerrillas’ were some of the few combat groups of the KNIL who did not surrender in the Netherlands Indies. Their perseverance and courage proved to be an inspiration to others.

These guerrillas were finally evacuated in December 1942 by the Dutch destroyer ‘Hr. Ms. Tjerk Hiddes’ and brought to Australia. Across three

consecutive dangerous missions, ‘Hr. Ms. Tjerk Hiddes’ managed not only to evacuate the remaining allied soldiers, but also Timorese civilians, missionaries and Portuguese refugees. After the evacuation, many of the surviving soldiers were trained in Australia to be deployed in other theatres across Southeast Asia.

Relatively little is known in the Netherlands about the Timor guerrilla campaign. In contrast, in Australia, more attention was given to this early chapter in the Pacific war. This special – yet unknown – story of courageous Dutch resistance and the joint steadfast action of Dutch and Australian soldiers deserves more attention in the Netherlands. The undaunted efforts of all involved, both on the island of Timor and in the perilous evacuation and crossings to Australia, is worthy of both respect and admiration. The unyielding bravery and honour, displayed in Timor more than 75 years ago, is an outstanding example of devotion to duty.

Both the KNIL soldiers and the crew of ‘Hr. Ms. Tjerk Hiddes’ received an award for their efforts: ‘The Decoration of Honor for Special Military Operations with 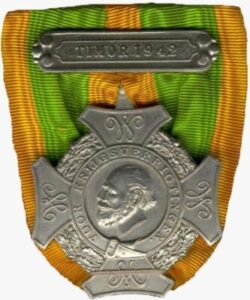 This project has received a subsidy from the Mondriaan Fund and will be finalised in the second quarter of 2022 both by means of a publication, and this website.

This website seeks to inform you of the progress of the project, and to make available more information about the 1942 guerrilla campaign on the island of Timor.

We are sorry to inform you that the contents of this website are only available in Dutch. If you have a question or would like an explanation about a Dutch text, please don’t hesitate to contact us using the contact page on the website, or send an email to info@verzettimor1942.nl.

(P.S. And who knows, perhaps somewhere in the future, an English translation of the book and the website may become available…)

Explanation of the contents of the video fragment:

The Battle of Timor 1942: A Detailed Chronological Historical View.

The overview of Timor veterans: decorated, fallen and missing.

Some personal stories about Timor Veterans (with input from family)